Future-Proofing | Planning for Expansion at Your Brewery 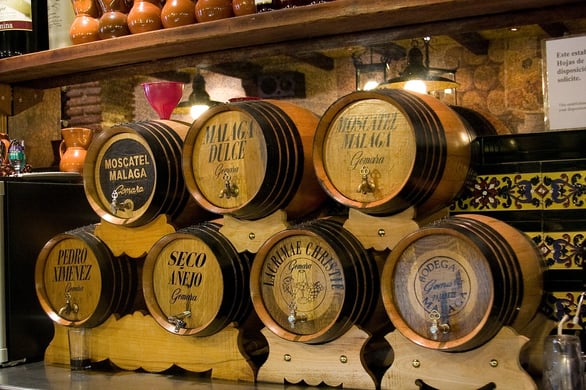 Craft beer sales grew over 17% in 2014. They contributed over $55 billion and created more than 424,000 jobs in the U.S. The total beer industry contributed $252.6 billion to the economy last year (that's more than double the wine industry). Breweries themselves grew 18.6% from 2013 to 2014, adding around 500 new locations across the nation. Interested in starting your own brewery?  Microbrewr asked 61 brewers what they wish they knew before starting their first brewery and the majority responded with something along these lines...

"I would have built a larger infrastructure at the outset. We’ve expanded the operation and reached capacity production three times since we started brewing in 2009.  We’ve now maximized what we can fit in the footprint of our current building. We are in the process of relocating to a new location. Our new site will, of course, have room to grow, so at least we’ve learned!"

That's right. Most everyone wished they had, essentially, "future-proofed" their brewery. As we can see with the numbers above, demand is growing rapidly in the brewery industry and it's not expected to slow down in the near future. The Brewers Association said there were 1755 breweries in the planning stages at the end of June 2015. The concept of future-proofing is not just important for breweries, but for everyone in the food-service industry with growth aspirations. However, due to the exceptional growth rates within the brewery industry, the "future" could be a year from now.

So, the race is on. With increasing competition, crafting for quality and planning for easy future brewery expansion will help set you apart. Let's talk about future-proofing.

Future-proofing is the idea that, the infrastructure and plans are in place so you can deal with rapid growth quickly, and without investing too much capital. There are so many elements to future-proofing. For breweries this includes: square footage, capital cusion, technology, larger barrel systems, and many other details like proper drainage, different licenses etc. We're here to talk about the one we know best and how that can make or break your fast expansion plans:

From our years of experience working with the restaurant industry in particular. We have seen a number of restaurants encounter problems with the systems that help them manage their restaurant. These same systems operate within brewerys. Everything from the POS system to your inventory management to your speaker system needs to be thought about in terms of future growth. Set yourself up correctly from the start and years from now, you will save a lot of money by not having to upgrade all of your systems. They tend to be like lightbulbs... they all need to be replaced at once. There are a few good ways to combat this problem: Make sure your vendor's play well with others, understand your vendor's growth plans and mission as a company and search for solutions that are all-encompassing where it makes sense.

Playing well with others: Different technologies should talk to each other. Ideally, you would like to know that one of your most popular beer selections is running out for the night so you can get in front of it by informing your customers ahead of time. But, most companies are using 2 different systems to track that information (your inventory system & POS system) and when they don't talk to each other, you don't know until it happens. If you're going to be using a lot of different vendors to handle each part of your business make sure they, at the very least, have the ability to talk to other systems through an open API. While you may not use that functionality in the beginning of your venture, you will likely find it useful later on.

Understanding your Vendor's Growth Plans: This is hugely important but to make this useful, you need to understand your growth plans as well! OpenTable is a great example of this. They started off as solely a reservation company, offering restaurants a way to fill empty seats for a small fee. When they started growing they added a full suite of new tools and upgraded their existing systems to reach their goal of helping customers increase their operational efficiency. Knowing their business direction is so important when making a decision to go with one company over another. Do you go with a company that is striving towards full operational efficiency for the restaurant or do you go with a company that's striving to create the easiest reservation process for the customer? See the difference?

Go with all-in-one solutions only where it makes sense: We've already talked about why it's important for different technologies to connect, but all-in-one solutions are not always the answer. Should your inventory system be the same system that powers your social media? Probably not. It does, however, make sense to integrate systems that directly influence each other. Social media and other customer engagement tools are well-suited to purchase as an all-in-one solution. As are reservation and POS systems. Just be careful to not sacrifice quality.

Of course, future-proofing for brewery expansion means many things on top of your technological infrastructure, including leaving room for more brewing capacity, buying a location with square footage that you can grow into and making sure your capital cushion is large enough. Click the links to learn more about starting your own brewery.

New! Want to learn more about Future-Proofing? Check out our report on future-proofing your restaurant technologies!