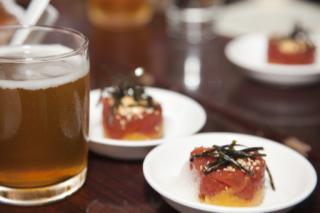 Manchester Pub has coined itself a true neighborhood hangout of alcoholic and culinary importance in Midtown Manhattan for the past 20 years. We’ve coined it the best bar in midtown east, and here's why!

Owner Lawrence Chan described the pub as a “New York take on Manchester”. But what makes it the best bar in midtown east? Containing a menu of varied delicatessen dishes and craft beers from local breweries, Manchester Pub brings in people from all over the city to indulge in many of the pub’s weekly events including soccer-watching parties, trivia nights, live-music on Tuesdays and Saturdays, and a bar music service that’s surely stealing customers from other NYC bars.

The Best Bar In Midtown East? 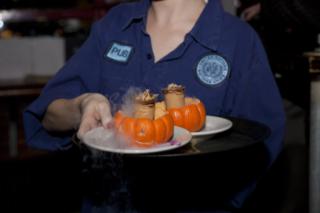 Recently, the pub hosted a Smashing Pumpkins themed party equipped with rockin’ tunes and jack o’ lantern pumpkin dry ice desserts. Some of their most renowned dishes include the baked jumbo lump crab cakes, fish tacos, and their pork shanks covered in a tangy bbq sauce.

Over the years, the quaint yet lively Manchester Pub has proven to be way more than just a bar. It serves as a local destination that unifies individuals looking for a comfortable and accessible place to catch a game or grab a drink and bite to eat. In addition, equipped with new jukebox app Roqbot, customers find the communal and democratic joy in being able to co-create a soundtrack to their evening. 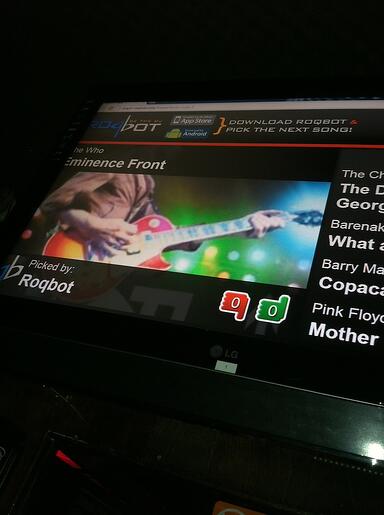 The Roqbot app allows everybody to be part of the experience and consequently keeps customrs at the bar longer (and purchasing more). From Billy Joel, to Led Zeppelin, to Guns N’ Roses, to Lil Wayne, Manchester Pub's jukebox app caters to anyone’s musical mood -- however, Roqbot’s bar music service still allows Manchester owners & staff full control over the playlist so customers can’t play anything that will conflict with the vibe.

Amidst loss of power and chaos during the recent Hurricane Sandy superstorm, people flocked to the pub, to seek refuge, eat, and charge their phones – a perfect example of why it must be the best bar in midtown east, and one of the fan favorite pubs in NYC.

What would YOU call the best bar in midtown east?

List your favorite spots or tell us why you love Manchester Pub in the comments!