A Guide to Your Restaurant Sound System Part 1: The Overview 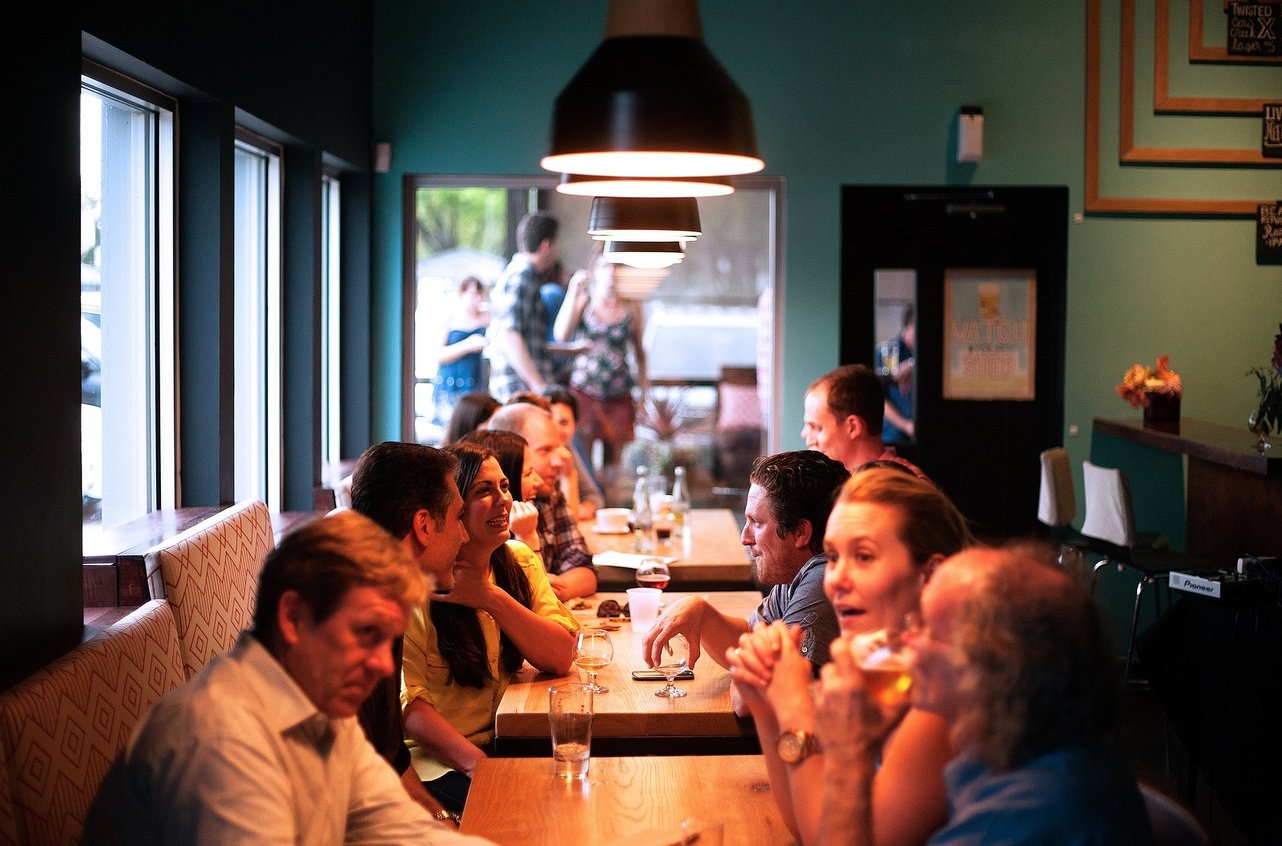 For restaurants and bars, it’s no secret that music is a crucial element of its ambience and positive customer experience. For some venues, such as karaoke bars and dance clubs, it’s the primary draw of the venue. If you’ve been trying to boost customer dwell time, restaurant reputation and ultimately sales, it may be time to start investing in a quality sound system, which is arguably just as important as the songs being played. Choosing a restaurant sound system can come off as daunting, as there are mountains of information on the web about the subject, often written in tangled nets of confusing audiophile jargon. If you’re in the market for a new sound system and need a clear, simple guide to get you started, this article is for you.

Need a music provider to go with your sound system? Click here for our guide on what to look for when evaluating a solution. 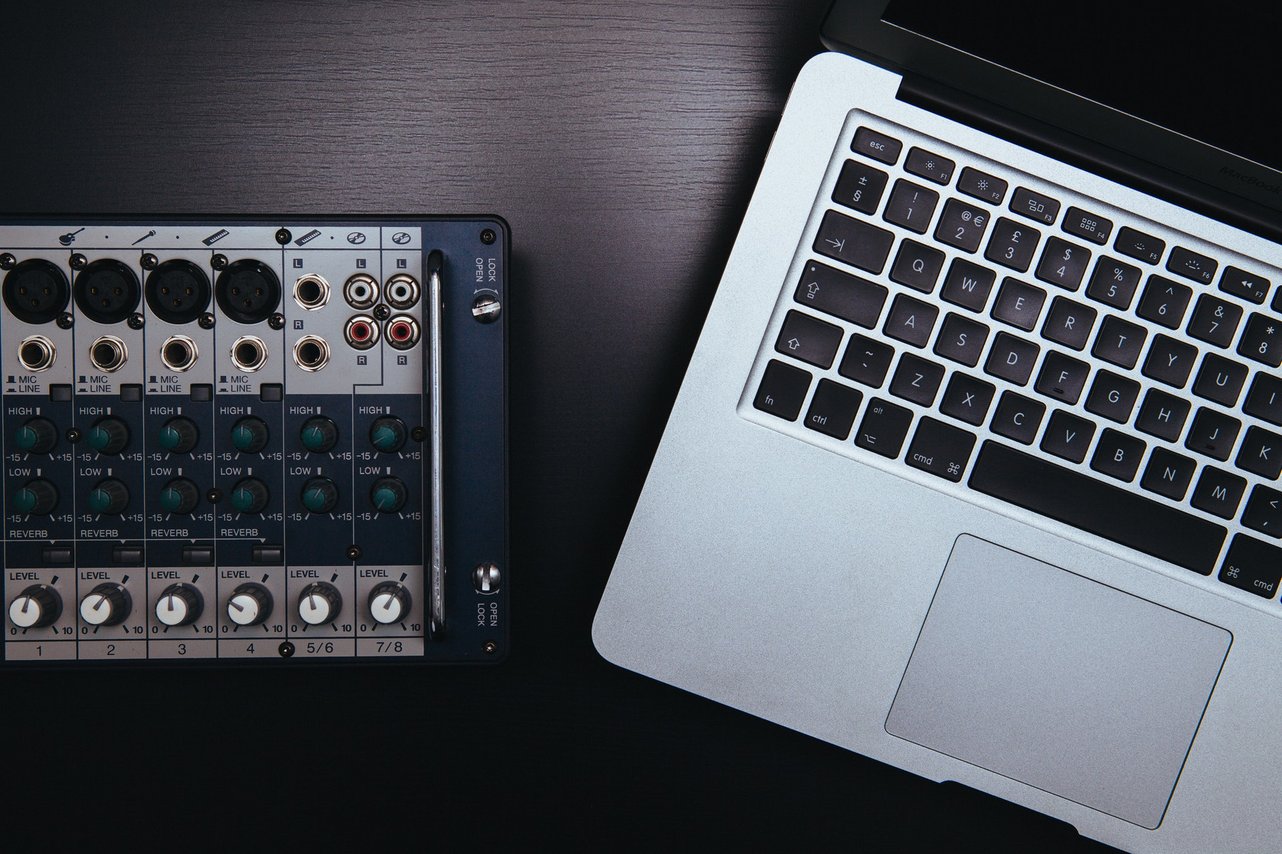 Different audiophile blogs will rabble on about which element of the PA system is the top priority: whether you should put most of your money into the amp, or the speaker, or etc. However, one thing’s for certain: great music comes down to having a great quality source. This can mean anything from a record player or a laptop, to a live band or DJ with pro equipment. Speakers and amplifiers can only do their best to keep an audio signal clear, but even the highest quality audio gear can’t do much if the sound is playing from something cheap and lo-fi.

Most restaurant owners will be playing off their laptops, but even laptops can be optimized to provide the best sound for their customers. To truly achieve a great source signal for your PA system, consider upgrading your laptop’s sound card. High quality options are often quite affordable, and they’re as easy to install as inserting a card into a slot on your computer. 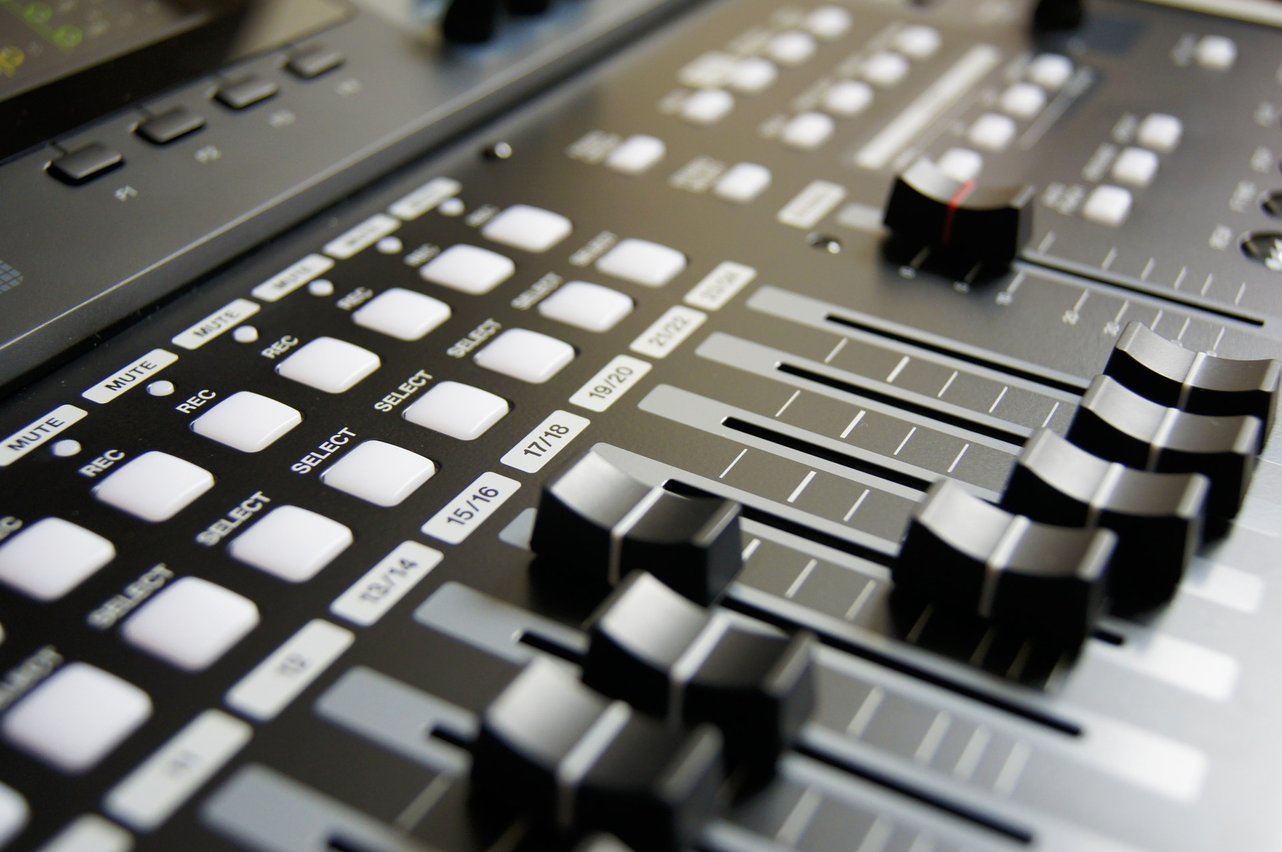 After you’ve secured a high quality source, perhaps via laptop, it’s now time to invest in some quality hardware, beginning with the mixer. A mixer of a PA system is used to control the frequency levels of an audio signal. For instance, do you want the bass frequencies of a song loud or quiet? The acoustic music played at a cafe will probably need different levels of bass than EDM at the club.

It should be noted that, when building a sound system for your restaurant piece by piece, it is easiest to forego the mixer. Mixing capabilities will often be built into one of the other components of the PA system, such as the source or the amplifier. However, a mixer may be desirable when a venue has to mix multiple sources at once. For instance, will your restaurant or bar offer live music performed by a four-piece band? Will you have karoake nights? If you’re considering options such as these, then a separate mixer is the way to go.

Furthermore, the type of music that your restaurant plays is a key factor when deciding what type of mixer to buy. For instance, if you’re anticipating a karaoke night with at most two people singing to a background track, a smaller mixer with three channels may be what’s necessary for a fun night. However, if you’re expecting live music, especially a performance involving a drum-kit, keep in mind that each audio source requires its own distinct channel. In this case, shop for a mixer that comes closer to 10 channels. 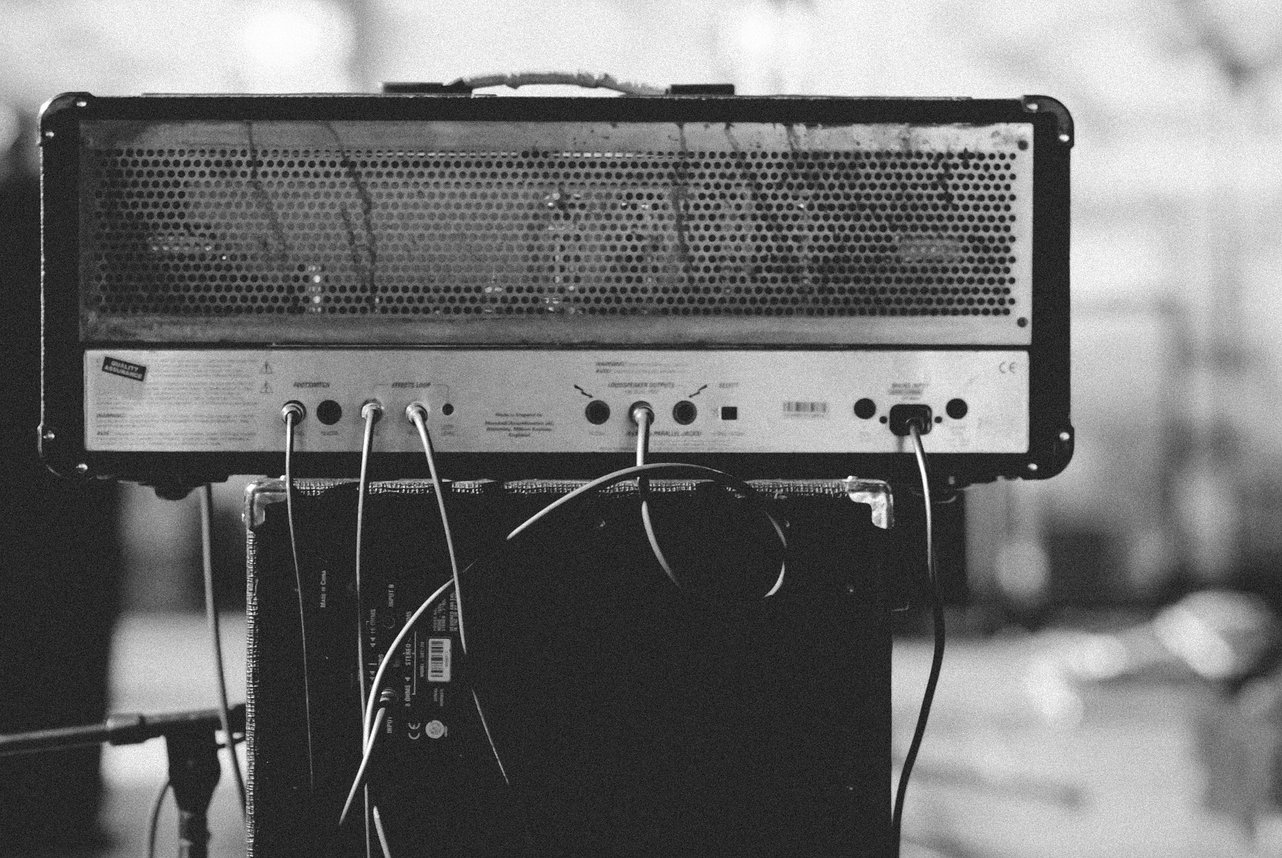 An amplifier is the one of two PA system components that you’ll be spending the bulk of your money on. After your mixer has adjusted the frequency levels of your laptop source’s electric audio signal, your amplifier boosts the signal so that it’s appropriately loud for the type of venue you’re running. Even with the tallest speaker cabinets, if a laptop is plugged directly into the speaker system, without a type of amplification, the music can’t be very loud.

Thus, when shopping for an amplifier, the wattage is your highest priority. The higher the wattage, the louder the music. The rule of thumb when building a PA system is 5 watts per person listening.  This is generally how you’ll choose your amp, unless you hope to throw wild rave nights at a club venue, which may require louder music at 10 watts per person listening. If your cafe can’t seat more than 40 people at a time, 200 watts is at most what you’ll need, if that. However, clubs expecting hundreds of people at a time will easily need 500 watts if not thousands. 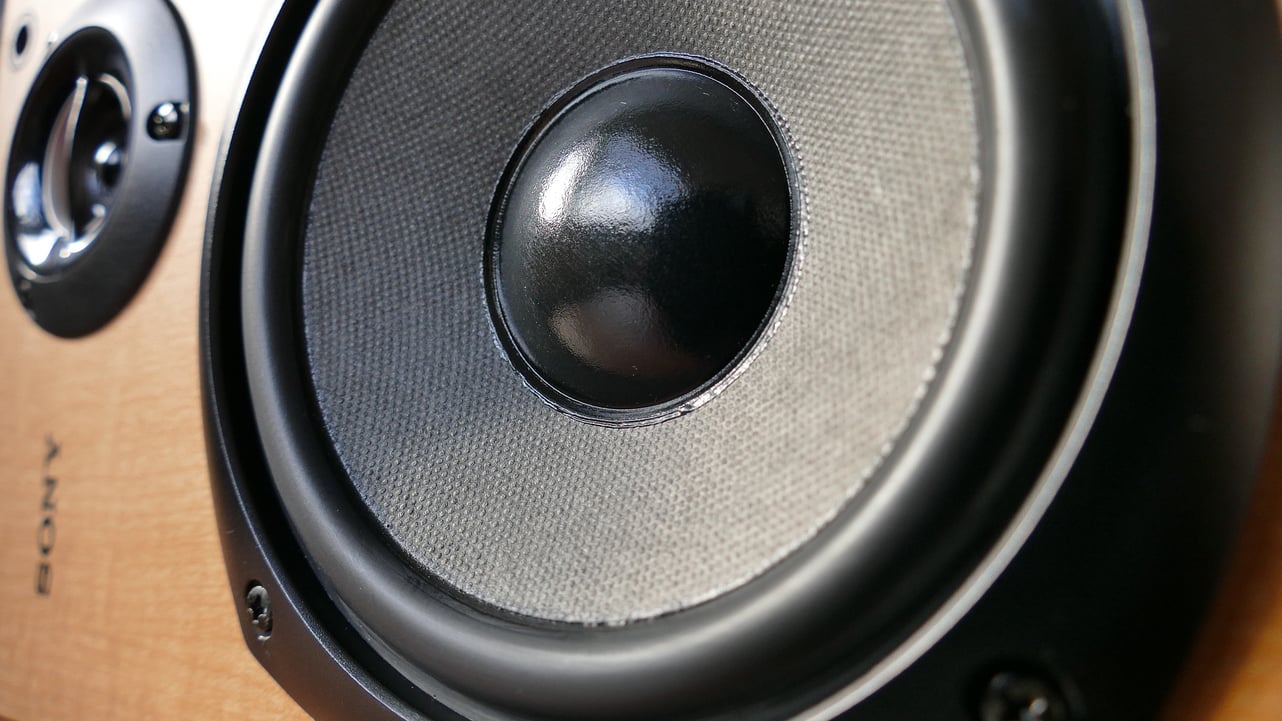 The speaker is where the music happens, converting the amplifier’s electric signal into actual air compression patterns that become the music that you listen to. The speakers are probably the last priority for someone building a PA system, but they may also demand one of the biggest chunks of the budget. Remember the key take away: great quality audio has to start from the source. Once you’ve secured high quality audio on your PC, and a mixer and amp that do their best to maintain the fidelity of the source signal, then it’s time to make the quality of the speakers your new priority.

When choosing speakers, two factors come into mind: the speakers’ size and weight. Speakers work by pushing air compression waves, depending on the types of frequencies being emitted. Low, bass frequencies require bigger drivers to push waves big enough to match the long wavelengths of the bass signals. High frequencies require the vice versa. Thus, when shopping, be wary of packages that offer small speakers but claim to provide powerful signals that rival bigger, more professional equipment. Ultimately, if you want high quality audio, especially at the bass range, you’ll have to shop for speakers at a decent size.

Beyond speaker size, a basic consideration when choosing between speakers is the weight of the speaker. Generally, a heavier weight will offer a sturdier, higher quality speaker that produces less interference with the music being played. If a player is too light, the music being played will cause the speakers to shake, which will create air compression waves that may cancel out the waves that carry the actual music.

So now you’re ready to rock your restaurant with the amazingly crisp sound of a new, well-built sound system. However, watch out. Even after you’ve set it all up, you’re not quite yet ready to open iTunes and play music at your business. Restaurateurs should be wary of music licensing laws, which dictate that venues have to pay the record companies for the right to play each song on cue for the night. This includes Spotify and Pandora, two free music services that are perfect for a night of music at home, but a little more expensive for your restaurant.

Tired of dealing with the complicated matters of music licensing? Check out Rockbot. Not only do we let your customers listen to what they want when they want, we’ve dealt with the music licensing issues, so that you don’t have to. An entire six million song library could be at your disposal with no strings attached.